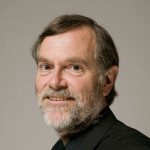 I was born in Glasgow and, like most Scots who live abroad, am inordinately patriotic. At the age of 10, I became one of the first pupils at the Yehudi Menuhin School and when 16, I began four years of foreign study, first in Switzerland and then in Leningrad. My teachers included Joseph Szigeti and Franco Gulli. In 1976 I won 2nd prize in the Carl Flesch Competition and started a frantic life of solo playing and freelancing in London. This became even more chaotic when the Endellion Quartet started in 1979. For the first 20 years of the quartet’s existence I also led and directed the City of London Sinfonia, as well as guest directing many of the London chamber orchestras, including the Academy of St Martin in the Fields, and continuing to play as a soloist. Since resigning from CLS in 1995 life has become much calmer, but I still guest direct orchestras in Britain and abroad, play the occasional solo and am a member of the Galini Trio with my cellist wife Shuna Wilson. I have two lovely sons, Fred and Finlay, who do everything they can to avoid having anything to do with classical music. When not working, trying desperately to understand homework or making packed lunches, I like to eat too much and go to watch Stevenage Borough (a football team!). 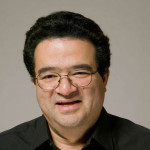 Ralph de Souza was born in Bombay and began violin lessons from an early age with his father, and later with Melbourne Halloween. His father, a doctor, was a self-taught violin fanatic who still gives impromptu violin lessons to any little children who come ringing on his doorbell, and whose other distinguished pupil was Ralph’s brother Harvey. Ralphs mother cannot stand the sound of the violin not only because there are violins and bows cluttering up all corners of the flat, but mainly because she “lost” both her sons to musical careers in the West. Ralph was brought up speaking English as it was the only language in common between his Chinese mother and Indian father. His father chose the name to give his mother plenty of practice with the difficult consonants R and L! Ralph was put on a plane by himself at the age of ten to go to the Yehudi Menuhin School, where he found himself sharing a room with Messrs. Garfield Jackson and Nigel Kennedy. Having survived this culture shock he then went to the Curtis Institute in the USA to study with Ivan Galamian and Jaime Laredo.

In 1977 he won the Royal Overseas League Competition in London, and his solo career has included appearances with Yehudi Menuhin. In 1985, Ralph spent the summer playing chamber music at Marlboro and became determined to turn to professional quartet-playing. By coincidence, very soon after, there came out of the blue the phone call which led him eventually to join the Endellion String Quartet in 1986 (and return to a cricket-playing country). He has been a sought- after chamber musician, and has had a close association with the International Musicians’ Seminar in Prussia Cove, starting in his student days when he was deeply influenced by Sandor Vegh. He also returned to the Menuhin School for several years as a teacher.

Keen to offer something back to India, he has been involved in the “Sangat” Music Festival in Bombay (now in its 12th year), of which he is an Artistic Director. 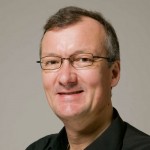 I was born in London into a family of jazz trumpet players with a wide-ranging appreciation of music. At the age of seven I volunteered to start violin lessons at my local primary school. There I had the enormous good fortune to be taught by the local peripatetic teacher, a lady called Beryl Morreau. She had been a viola student of Lionel Tertis and a founder member of the McNaghten String Quartet between the wars. Under her guidance I made rapid progress and after eighteen months was accepted as a pupil at the then recently formed Yehudi Menuhin School. My memories of Mrs Morreau were of happy musical times and I particularly remember playing violin-viola duets with her and the sound of her wonderful old viola. This is now the instrument that I play. After nine tempestuous years at the Menuhin School, playing both violin and viola, I entered the Royal Academy of Music on a scholarship. Here I concentrated on the viola continuing my studies with Peter Schidlof and Stephen Shingles. Chamber music played a major part in my musical life throughout school and college and so it was for me an almost seamless progression into professional string quartets.

Away from the Endellions I have always endeavoured to play chamber music with other friends and colleagues. These have included Sandor Vegh, Steven Isserlis, Joshua Bell, members of the Amadeus Quartet as well as many others. I particularly enjoy joining other established string quartets to play 2nd viola. As a soloist I have performed at Wigmore Hall and The Queen Elizabeth Hall in London, given broadcasts for the BBC and made several recordings.

Apart from music I have many interests, mostly outdoors, including walking, gardening, boating and horse racing. Recently I’ve had to become an expert on electric fencing for my wife’s horses! 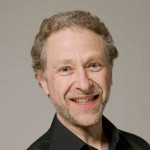 I was born into a musical family in Leeds. My mother is a pianist and teacher, and one of my earliest memories is of crawling under the piano and grabbing her ankles while she practised Brahms 2nd piano concerto. My father, a solicitor, adored music and was an excellent violinist and Wendy and Ruth, my two sisters, were truly prodigious at piano and violin respectively so music was being practised all around me. After false starts with the piano and the violin I discovered the cello at the age of nine, and was relieved that no-one within the family was qualified to teach me. For most of my teens I was determined not to play music professionally. I studied philosophy for six years at Trinity College, Cambridge, where I became a Research Scholar, was awarded MA and PhD degrees, and ended up as a tutor to philosophy undergraduates. At the same time I studied cello privately with Martin Lovett, William Pleeth and Jane Cowan, and having immersed myself in quartet-playing “for fun”, began to feel the irresistible urge to pursue it professionally, despite my teenage resolutions. Most of my twenties were spent trying to make up for all the practising I didn’t do as a teenager.

I also love to teach both cello and chamber music and have taught at the Yehudi Menuhin School, the Royal Northern College of Music, the Royal Academy of Music, the Guildhall, and the Menuhin Academy at Gstaad. For ten years I was co-director with Joyce Rathbone of the Rathbone-Dickson course at Westonbirt, and I coach chamber music for ChamberStudio at King’s Place, London. I have also taught for IMUSE in Enghien Belgium and for the Britten-Pears Foundation in Aldeburgh. For over seventeen years I have taught regularly for IMS at Prussia Cove. It is one of my favourite places on earth: I have been going for a week or two twice each year almost every year since 1976 either as a student, player or teacher. I have taught classes in cello, the string quartet, and the piano in chamber music. In July 2012, I gave a master-class at Wigmore Hall as part of the celebrations of IMS’s 40th anniversary and I have also participated in the IMS Tour.

I sometimes participate as an individual in chamber music festivals such as in Wigmore Hall London, Oxford, Sheffield, Belgium, Mumbai, and others.

I contributed a chapter on quartet-playing to the “Cambridge Companion to the String Quartet” ed. Robin Stowell (Cambridge University Press, 2003) and have had articles published in The Guardian, Strad Magazine, Philosophy in Cambridge, Quodlibet and other publications. Most recently, I wrote a long article on music education for string players, which was published by Strad magazine.

I am very fortunate to play on a wonderful cello by J.B. Guadagnini which I jointly own and share with my great friend, Steven Isserlis.